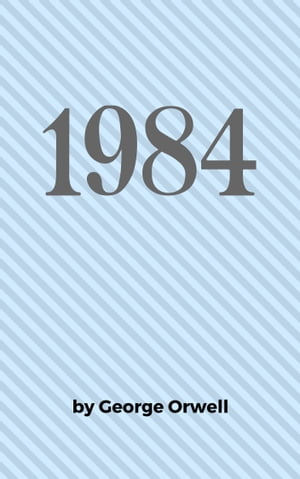 It is 1984. The world is in a state of perpetual war and Big Brother sees and controls all. Winston Smith, a member of the Outer Party and propaganda-writer at the Ministry of Truth, is keeping a journal he should not be keeping and falling in love with Julia, a woman he should not be seeing. Outwardly compliant, Winston dreams of rebellion against the oppressive Big Brother, risking everything to recover his lost sense of individuality and control of his own future. One of the bestselling books of the twentieth century, 1984 is the dystopian classic that introduced such Orwellian terms as ‘Big Brother,’ ‘doublethink,’ ‘Newspeak,’ and ‘thoughtcrime’ to the collective consciousness, giving official terminology to state-sanctioned deception, surveillance, and historical revisionism.