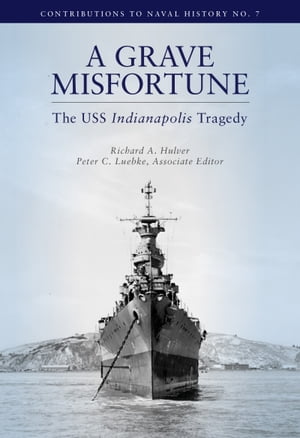 Dedicated to the Sailors and Marines who lost their lives on the final voyage of USS Indianapolis and to those who survived the torment at sea following its sinking. plus the crews that risked their lives in rescue ships. The USS Indianapolis (CA-35) was a decorated World War II warship that is primarily remembered for her worst 15 minutes. . This ship earned ten (10) battle stars for her service in World War II and was credited for shooting down nine (9) enemy planes. However, this fame was overshadowed by the first 15 minutes July 30, 1945, when she was struck by two (2) torpedoes from Japanese submarine I-58 and sent to the bottom of the Philippine Sea. The sinking of Indianapolis and the loss of 880 crew out of 1,196 --most deaths occurring in the 4-5 day wait for a rescue delayed --is a tragedy in U.S. naval history. This historical reference showcases primary source documents to tell the story of Indianapolis, the history of this tragedy from the U.S. Navy perspective. It recounts the sinking, rescue efforts, follow-up investigations, aftermath and continuing communications efforts. Included are deck logs to better understand the ship location when she sunk and testimony of survivors and participants. For additional historical publications produced by the U.S. Naval History and Heritage Command, please check out these resources here: https://bookstore.gpo.gov/agency/naval-history-heritage-command Year 2016 marked the 71st anniversary of the sinking and another spike in public attention on the loss -- including a big screen adaptation of the story, talk of future films, documentaries, and planned expeditions to locate the wreckage of the warship.