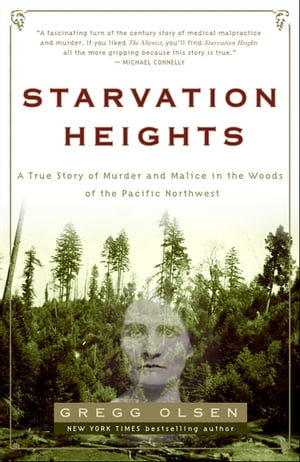 In this true storyーa haunting saga of medical murder set in an era of steamships and gaslightsーGregg Olsen reveals one of the most unusual and disturbing criminal cases in American history. In 1911 two wealthy British heiresses, Claire and Dora Williamson, arrived at a sanitorium in the forests of the Pacific Northwest to undergo the revolutionary “fasting treatment” of Dr. Linda Burfield Hazzard. It was supposed to be a holiday for the two sisters, but within a month of arriving at what the locals called Starvation Heights, the women underwent brutal treatments and were emaciated shadows of their former selves. Claire and Dora were not the first victims of Linda Hazzard, a quack doctor of extraordinary evil and greed. But as their jewelry disappeared and forged bank drafts began transferring their wealth to Hazzard’s accounts, the sisters came to learn that Hazzard would stop at nothing short of murder to achieve her ambitions.