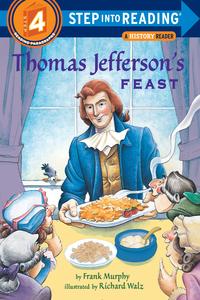 Whether they're preparing for President's Day or whether they just like to eat, children will find much to devour in this leveled reader about Thomas Jefferson's role in America's culinary history! Did you know that every time you munch on a french fry or snack on ice cream, you have Thomas Jefferson to thank? It’s true! This founding father was one of America’s first foodies. After a visit to France, he introduced all sorts of yummy treats to Americaーincluding one that upset more than just tummies and created a culinary controversy! Get the scoop in this deliciously funny, true storyーguaranteed to tempt even the most reluctant readers!