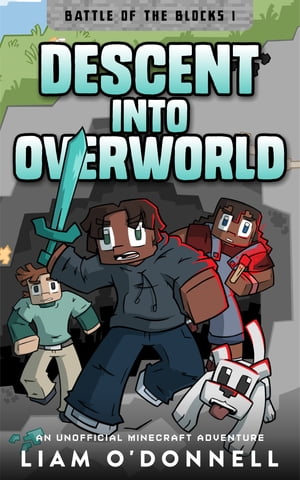 Battle of the Blocks

Things got serious when the creeper blew up the cafeteria. Hamid, Ant and Jaina just want to create epic builds in Minecraft. When a mysterious stranger gives them four foam swords, the three friends and their videogame-hating principal are transported into a world of blocks and thrown into an epic battle to save their favorite game. An army of Minecraft monsters threatens to rampage across the real world, destroying neighborhoods, terrorizing families and totally giving videogames a bad name. Together, Hamid and his friends must harness the power of their swords to fight the horde of zombies, skeletons and creepers. But first, they have to stop their principal before he makes a deal with the game’s ultimate dark force to destroy Minecraft once and for all. Grab your pickaxe, the Battle of the Blocks has begun . . .