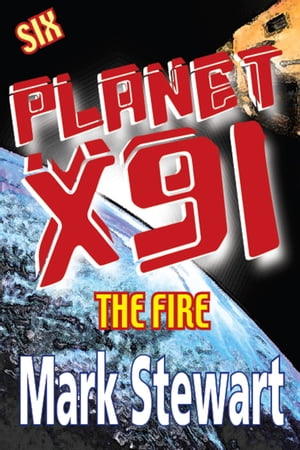 Planet X91 the fire is the sixth book in the series. Florian reminds Clay and Josh about the warning of the fire allegedly bearing down on them. She is upset they both seem totally uninterested. Forcing her team mates to look at the sky they quickly change their minds. The bright light is a plasma ball of fire. It’s attracted to the metal in the Piper spaceship. Josh thinks the large orb was left behind either as a weapon or is a product from the alien spaceship when it blew up. Now the teenagers are in a race against time to find a way to destroy it before the fire ball destroys their home, the Piper spaceship. Josh devises a plan; drop the plasma ball into the ocean. The main hurdle they face; it might be a suicidal mission. Clay volunteers. He seizes the challenge to ultimately win Florian’s heart. When the plan goes wrong Josh and Florian have to save Clay from drowning. He’s in the shuttle at a depth of eight hundred feet. Discovering the Piper is a stolen military ship and not a science vessel makes Florian uneasy.