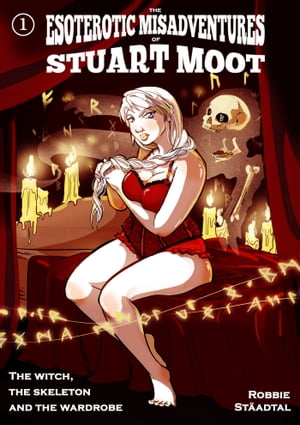 〔電子〕The Witch, the Skeleton and the Wardrobe

For most people college is the period during which most of their sexual experimentation and awakening happens. But, unlike most people, Stuart Moot enrolled in the Alakhazam Academy for Esoteric Pursuits to learn the ancient mysteries of magic. During his stay in the institution Stuart will meet friends, foes and lovers and learn things about sex and about himself that he would have never dreamt of. Stuart had his first esoterotic misadventure after receiving a quest from a group of wizard bullies that decided to make the young student the subject of an initiation ritual. While he was trying to carry out the task imposed by his tormentors he ended up witnessing a shocking scene that would haunt his wet dreams for life. Join him in this first foray into the esoteric erotica and learn about his world. Contents: * Original short story (4,500 words long aprox.) * &amp;quot;Smootpedia&amp;quot; articles expanding the lore of the world