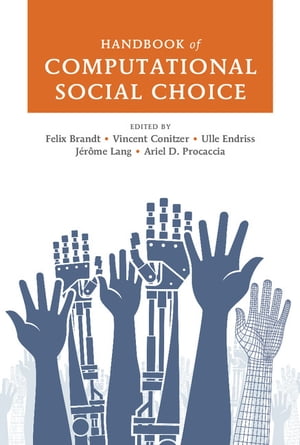 The rapidly growing field of computational social choice, at the intersection of computer science and economics, deals with the computational aspects of collective decision making. This handbook, written by thirty-six prominent members of the computational social choice community, covers the field comprehensively. Chapters devoted to each of the field's major themes offer detailed introductions. Topics include voting theory (such as the computational complexity of winner determination and manipulation in elections), fair allocation (such as algorithms for dividing divisible and indivisible goods), coalition formation (such as matching and hedonic games), and many more. Graduate students, researchers, and professionals in computer science, economics, mathematics, political science, and philosophy will benefit from this accessible and self-contained book.