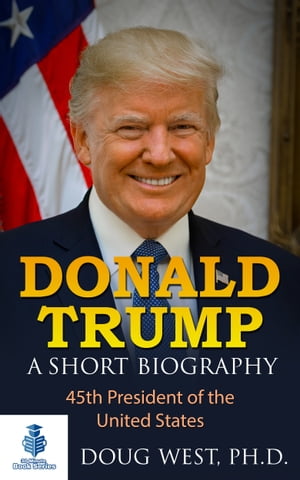 Few people don’t have an opinion of President Donald Trump; either you love him or hate him. No matter your political stripes, President Trump is a force to be reckoned with. Growing up in a wealthy New York family, Donald Trump took over his father’s real estate business and turning it into a world wide real estate empire. Wanting more recognition and to build the Trump brand, in 2004 Trump began staring in The Apprentice reality television show. Here he was able to mentor young entrepreneurs with the promise of an executive position in the Trump empire while at the same time show-casing his many properties. In 2015, Donald Trump decided to take the plunge and run for the highest office in the land, the presidency of the United States. After his announcement, few political pundits gave Trump any chance of winning the election, most thought it was a stunt to boost the sagging rating of his show The Apprentice. With support from his family and millions of Americans, Trump won a hard fought campaign against the former Senator Hillary Clinton to become the 45th President of the United States. Once in office, Donald Trump has been anything but a passive president. Quickly taking on the sticky issues of immigration, tax reform, and health care. His policy initiatives have met with some success and some failure. His unorthodox style as president is a big change from former president Obama. Take the time to read this short biography of Donald Trump and see his tumultuous rise to power.