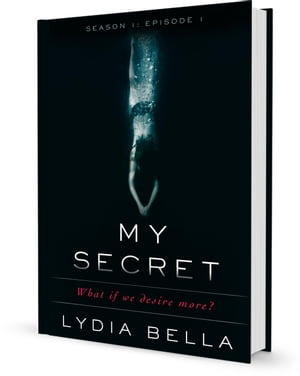 〔電子〕My Secret: What if we desire more? (Episode 1)

Warning This series is about a young Olympic swimmer maturing into a woman, coming to terms with her sexuality and learning how to accept herself. As such, unfaithfulness, threesomes, gangbangs, rough sex, domination and sex parties are among some of the mature scenes explicitly explored in this series. Read Episode 2 for Free! https://www.orangepublishinghouse.com/my-secret-ep-1-to-2 Episode 1 "Hey, new girl! Truth or dare?" someone shouted at Alecia. It was one of the men from the Russian cycling team, and he happened to be wearing nothing but his boxer briefs. It was probably a consequence of the drunken game she had just been inadvertently roped into. She had no idea that her first night in Rio would be spent with music blaring in her ears at a drunken party that spanned the entire village. "Truth," she said; a safe answer, hopefully. "How many men have you had sex with?" As he asked the question, he winked at her, and Alecia's cheeks went flaming red. She wanted desperately not to answer, but everyone was staring at her. Should she lie, or be honest? "Only one," she squeaked, looking down at her feet, hoping no one would judge her. "Well, I think we might have to change that," he told her, looking her up and down like she was little Red Riding Hood, and he was the wolf. Something about it made her a tiny bit curious. There was one ex she’d been with, and the experience was not all it was cracked up to be. They had sex on a number of occasions, but she didn’t understand what the hype was all about. It felt good, sure, but everyone always made it sound like fireworks and angels singing were to be expected. As she looked around her, for just a moment, she thought of her mother back home and what she would think if she knew what was going on in the Olympic Village. There were many there, her age and younger, participating in the debauchery around her. Was there anyone sane there she could relate to or was she really just the odd one out? Alecia thought for just a second about joining in and having a drink or two. It was the first night after all, but she knew that one drink could lead to more, and more could lead to bad consequences for her games. She was there for one thing only; to bring home a medal for her country. It was something she had trained for way too long to just throw away because she didn't want to feel left out. Story Summary Alecia has always been an exceptional athlete - and a good girl. She’s entering the Olympic Village for the first time after qualifying for the American swim team at 24. A lifetime of grueling training schedules and conservative family upbringing has not prepared her for what really goes on in the Olympic Village. She soon finds herself out of control and experiencing forbidden things. The only problem is she falls in love with the perfect guy, who doesn’t even know what she’s been up to... How can she balance love, sports, and a secret insatiable desire to explore what she never knew existed?