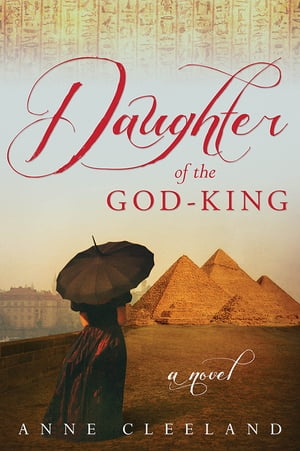 &quot;Fans of Elizabeth Peters and Tracy Grant will find Cleeland's espionage thriller their cup of tea.&quot;ーRT Book Reviews The Cursed Tombs of Egypt Hold Many Secrets... Miss Hattie Blackhouse has never been close to her parents...and no wonder, since the Blackhouses are renowned scholars who spend most of their time excavating ancient tombs in Egypt. But news of their disappearance forces Hattie to leave England and embark on a voyage that will reveal the long-buried secrets of her past. An encrypted senet board and a gold medallion lead Hattie on a perilous quest to track down her missing parentsーand discover why people associated with the Blackhouses continue to turn up dead. What she uncovers is a secret that could alter the course of history... Filled with intrigue, romance, and ancient secrets, Anne Cleeland's thrilling novel takes you on an unforgettable Egyptian adventure. Praise for Anne Cleeland's Tainted Angel: &quot;Espionage and steamy passionーRegency styleーburning up the pages from chapter one.&quot;ーRaine Miller, New York Times bestselling author &quot;An exhilarating Napoleonic adventure in which no one is what they seem, including the intrepid hero and heroine. My kind of book!&quot;ーTeresa Grant, author of The Paris Affair