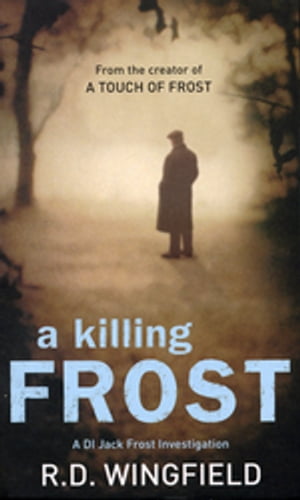 On a rainy night in Denton, Detective Inspector Jack Frost is called to the site of a macabre discovery in the woods - that of a human foot. Meanwhile a multiple rapist is on the loose, the local supermarket reports poisoned stock and a man claims to have cut his wife up into little pieces, yet can't recall where he hid them. But it is when two young girls are reported missing in quick succession that the Denton crime wave reaches terrifying heights. As the exhausted Frost staggers from case to case, pressured from all sides and haunted by memories of his wife, something nasty arrives at the station in the form of Detective Chief Inspector Skinner. The scheming, slippery Skinner clearly has his eye on the Superintendent's office, but his first job is to manipulate the transfer of the unorthodox D.I. Jack Frost to another division. Will Frost find the missing girls before his new nemesis forces him away from Denton once and for all?