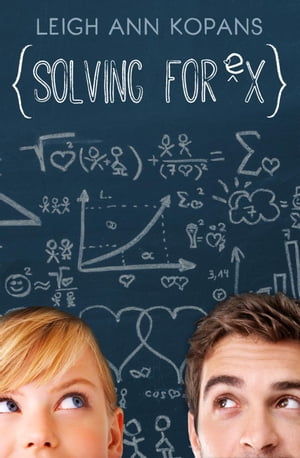 1 crush on your best friend + 1 gorgeous, scheming new girl + 1 Mathletics competition = 1 big mess SIMPLIFY. Ashley Price doesn’t have much in life after being bullied so hard she had to leave her old school to live with her aunt and uncle in Pittsburgh. But the camera she borrowed from her best friend and secret crush Brendan, and her off the charts math abilities, make things a lot more bearable. Plus, since Brendan is the captain, making the school Mathletes team should be easy. But when gorgeous new girl Sofia rolls in and steals Brendan, Ashley's place on the team, and her fragile foothold on the Mansfield Park Prep social totem pole, it’s on. Sofia is everything Ashley left her old school to escape. The only thing Ashley didn’t count on is Sofia’s sexy twin brother Vincent. Vincent is not only the hottest boy in school, he’s charming, sweet, and he’s got his eye on Ashley. He’s also not taking no for an answer. There's no real reason Ashley shouldn't like Vincent, but with the battle lines being drawn between her and Sofia, Ashley’s not sure which side he’s on. Or which side she wants him to be on. She does know Sofia is trouble with a capital T, and she’s determined to make Brendan see it. SOLVING FOR EX is a YA contemporary romance that remixes Mansfield Park as Clueless meets Mean Girls in a crazy mix of high school society, mathletic competition, and teenage romance.