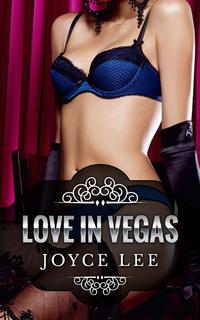 Hollie is a loving mother and wife who has been living a simple life since high school. She gave up her early twenties to have a family and support her husband with his new business. Hollie has no regrets until her seemingly simple life is shattered when her husband ask for a divorce, citing his love for another women. With her world shattered she reaches out to her best friends. Her friends are just as heartbroken at the news and in a bid to cheer her up, they decide to take her to Las Vegas to decompress. Hollie reluctantly agrees to go but doesn’t plan to go to wild on the trip. While on the trip Hollie eventually starts to let go of her deep seeded inhibitions and lives in the moment. The group of friends quickly find themselves in the midst of sex, parties and a good time. The journey turns into a saga of self-discovery for Hollie, as she questions her life choices and starts to regain the lost vigor of her early women hood. Upon Hollie’s return home from the trip she learns that not all things that happen in Vegas stay in Vegas. Sample Of What’s Inside! Because sex had always been with Mitch, it had always been inextricably linked with love. For me, at least. I didn't know what it was like to seek out physical pleasure in and of itself. I didn't know how it felt to act on the pure desire that could be ignited by a stranger. I had no experience of throwing caution to the wind and acting on primal sexual impulse. And although I'd always assumed I didn't want those things, there was a small part of me that wondered what it would feel like to do something completely out of character. Did I want to be the same Hollie I'd always been? A quiet voice reminded me that, if I wanted to reinvent myself, now was a perfect time to do it.