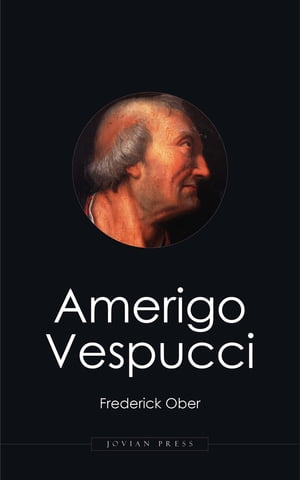 Cradled in the valley of the Arno, its noble architecture fitly supplementing its numerous natural charms, lies the Tuscan city of Florence, the birthplace of immortal Dante, the early home of Michael Angelo, the seat of the Florentine Medici, the scene of Savonarola's triumphs and his tragic end. Fame has come to many sons of Florence, as poets, statesmen, sculptors, painters, travellers; but perhaps none has achieved a distinction so unique, apart, and high as the subject of this volume, after whom the continents of the western hemisphere were named. Amerigo Vespucci was born in Florence, March 9, 1451, just one hundred and fifty years after Dante was banished from the city in which both first saw the light. The Vespucci family had then resided in that city more than two hundred years, having come from Peretola, a little town adjacent, where the name was highly regarded, as attached to the most respected of the Italian nobility. Following the custom of that nobility, during the period of unrest in Italy, the Vespuccis established themselves in a stately mansion near one of the city gates, which is known as the Porta del Prato. Thus they were within touch of the gay society of Florence, and could enjoy its advantages, while at the same time in a position, in the event of an uprising, to flee to their estates and stronghold in the country.