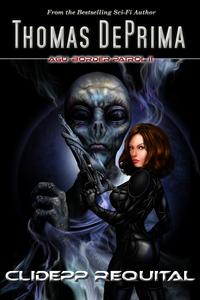 Unable to operate under its own power, the GSC Light-Destroyer Perry is to be transported back to Earth for necessary repairs. A Board of Inquiry will conduct an investigation into the events that transpired along the Clidepp Border. Lieutenant (jg) Sydnee Marcola has acquitted herself with honor and distinction, but she fears the Board may not appreciate some of the tactics she employed in carrying out her duty.As the Perry nears Earth, rebels fighting the Clidepp Empire oligarchy are making plans for a terrorist attack. Greatly disturbed by the Galactic Alliance's intervention into their affairs, they decide retribution is in order. That they were performing illegal acts inside GA space is immaterial. They feel the GA must pay for sticking its nose into their business, and the GA Trade Conference provides the perfect opportunity for payback. When the event is bombed, all evidence points to the rebels, but the Clidepp Empire refuses to take any action against identified suspects, so a decision is made by the Admiralty Board to take matters into their own hands.