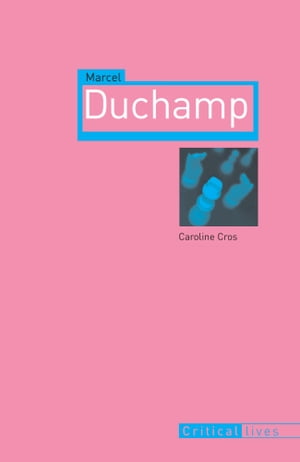 A revealing account of an artist whose enduring obsession with chance and coincidence shaped both his life and work, Marcel Duchamp illuminates one of the most important and influential figures in all of modern art. Drawing on the artist’s own correspondence as well as interviews, Paris-based curator and art critic Caroline Cros explores the creative processes behind Duchamp’s worksーincluding his famous anti-sculptures, the &quot;Readymades&quot;; the enigmatic Grand Verre; and the seductive, disturbing Etant Donnésーas well as the often hostile reception he encountered in Paris and around the world. Cros also examines Duchamp’s work after he abandoned his art at the age of thirty-six. Notoriously, Duchamp claimed that he would dedicate the remainder of his life to chess, but here we learn of his ongoing contributions to the art world, including his intense involvement in museums, foundations, and surrealist publications. With two major Dada exhibitions planned for 2006, at the National Gallery of Art in Washington, D.C., and the Museum of Modern Art in New York, Marcel Duchamp will be this year’s ultimate guide to the master of the movment.