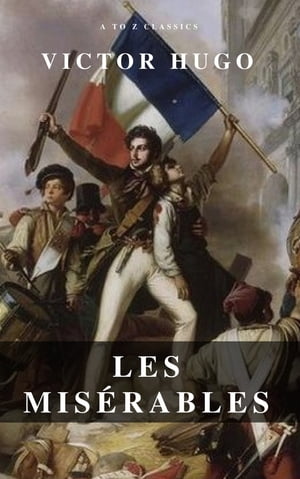 Les Misérables (1862) is a novel by French author Victor Hugo, and among the best-known novels of the 19th century. It follows the lives and interactions of several French characters over a twenty year period in the early 19th century that starts in the year of Napoleon's final defeat. Principally focusing on the struggles of the protagonistーex-convict Jean Valjeanーwho seeks to redeem himself, the novel also examines the impact of Valjean's actions for the sake of social commentary. It examines the nature of good, evil, and the law, in a sweeping story that expounds upon the history of France, architecture of Paris, politics, moral philosophy, law, justice, religion, and the types and nature of romantic and familial love. Les Misérables is known to many through its numerous stage and screen adaptations, of which the most famous is the stage musical of the same name, sometimes abbreviated "Les Mis" or "Les Miz" .