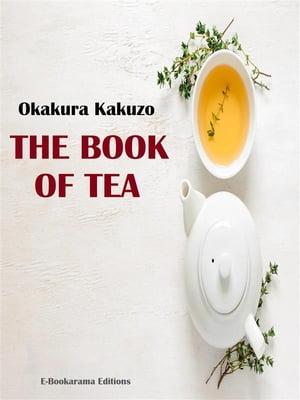 &quot;The Book of Tea&quot; was written by Okakura Kakuzo in the early 20th century. It was first published in 1906, and has since been republished many times. It is a short volume that explains the unique tradition of the Japanese tea ceremony, from utensils used at the ceremony to historical context. In the late-19th and early-20th centuries, Japan underwent a period of modernization. Some conservatives opposed such modernization and wished to preserve the old ways. One of these was this book's author, Okakura. He founded the Japanese Art Institution in Tokyo and later became a curator at the Boston Museum of Fine Art. He had an unparalleled knowledge of Oriental art, and it is because of men like Okakura that so much of Japanese heritage has been handed down. One aspect of this heritage is the tea ceremony. In the book, Kakuzo introduces the term Teaism and how Tea has affected nearly every aspect of Japanese culture, thought, and life. The book is noted to be accessibile to Western audiences because though Kakuzo was born and raised Japanese, he was trained from a young age to speak English; and would speak it all his life, becoming proficient at communicating his thoughts in the Western Mind. In his book he elucidates such topics as Zen and Taoism, but also the secular aspects of Tea and Japanese life. The book emphasises how Teaism taught the Japanese many things; most importantly, simplicity. Kakuzo argues that this tea-induced simplicity affected art and architecture, and he was a long-time student of the visual arts.