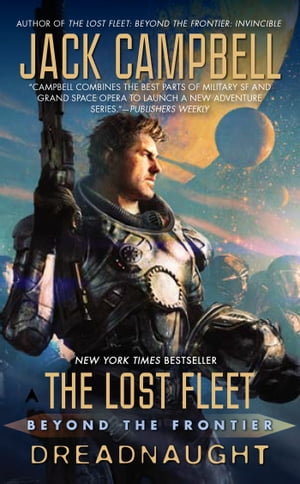 The Lost Fleet: Beyond the Frontier

View our feature on Jack Campbell's The Lost Fleet: Beyond the Frontier: Dreadnaught. The New York Times bestselling series that delivers "edge-of- your-seat combat" (Elizabeth Moon, author of the Vatta's War series). The Alliance woke Captain John "Black Jack" Geary from cryogenic sleep to take command of the fleet in the century-long conflict against the Syndicate Worlds. Now Fleet Admiral Geary's victory has earned him the adoration of the people-and the enmity of politicians convinced that a living hero can be a very inconvenient thing. Geary knows that members of the military high command and the government question his loyalty to the Alliance and fear his staging a coup-so he can't help but wonder if the newly christened First Fleet is being deliberately sent to the far side of space on a suicide mission.