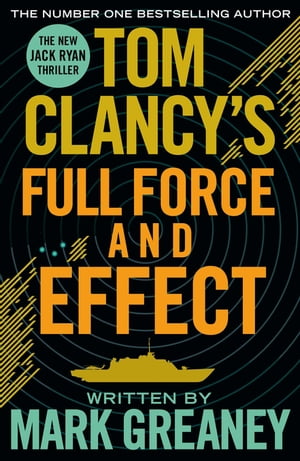 INSPIRATION FOR THE THRILLING AMAZON PRIME SERIES JACK RYAN . . . When a rogue state tries to go nuclear, only two men can stop it . . . Jack Ryan Jr is in Ho Chi Minh City tailing an ex-CIA operative with valuable documents when a hit leaves Jack with a corpse, no documents and only a bloodily scribbled note as a clue to what just happened. It sends him on the trail of a shadowy security firm with links to North Korea, newly resurgent under its young, power-hungry dictator. For the rogue state has found a way to finally make its nuclear ambitions a reality - no matter the cost to the world. This is something President Jack Ryan will not permit - but North Korea and its backers have plans for US leader which will silence him for good. On the ground and on the global stage, Jack Ryans Jr and Sr race against time to halt a madman from acquiring the world's deadliest weapon . . . The newest JACK RYAN thriller from Tom Clancy, following on from Command Authority, sees the return of the best loved series character from the world's favourite international thriller writer.