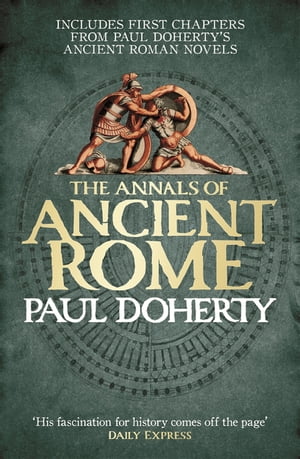 Under a full moon, three warriors tell their tale of ghosts, mystery and death... The Annals of Ancient Rome features a new, exclusive short story from the master historian, Paul Doherty. Perfect for fans of** Lindsey Davis and Steven Saylor. Includes tasters from Paul Doherty's other Roman titles including Murder Imperial, The Song of the Gladiator, The Queen of the Night and Murder's Immortal Mask. Under the full moon, a fire blazes to ward off the evil dead, and the spirits of four old warriors have come to tell their ghost story. It is a tale of battle, of death, and of Carinus the Thracian gladiator and his enemy, the Emperor Domitian, whose souls wander the streets of Rome... both for good and for evil. What readers are saying about Paul Doherty: 'It's short, it's dark, it's gory' 'Five stars' 'Paul Doherty is a synonym for quality and entertainment'